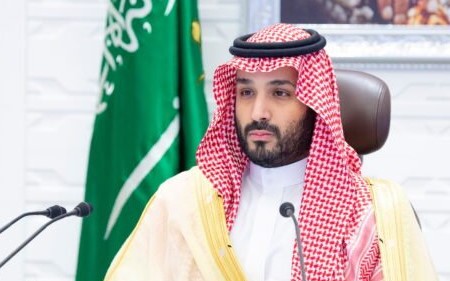 U.S. President Joe Biden told Saudi Crown Prince Mohammed bin Salman that he believes he is responsible for the murder of Washington Post journalist Jamal Khashoggi amid talks aimed at restoring relations between the countries.

Biden, after meeting with Saudi Arabia's top leadership, said the Crown Prince, known as MbS, denied involvement and said he had called for those responsible to be held accountable.

Biden shared a fist bump with MbS and shook hands with King Salman after arriving in Saudi Arabia on Friday.

"As for Khashoggi's murder, I brought it up at the beginning of the meeting, making it clear that I was thinking about him at the time and what I think now," Biden told reporters.

"I was outspoken and outspoken in talking about it. I have made my opinion clear. I said bluntly that for the American president, silence on the issue of human rights is incompatible with who we are and who I am," he said.

US intelligence agencies claim that the Crown Prince directly approved the murder of Khashoggi at the hands of Saudi agents. Biden said that what happened to the journalist is outrageous.

"He basically said he wasn't personally responsible for it," Biden said of the Crown Prince's response during their meeting. "I pointed out to him that I thought it was."

The president said they also talked about energy and expected to see "more steps" from Saudi Arabia, one of the leading oil producers, in the energy sector in the coming weeks.

As a presidential candidate, Biden said the kingdom should become an "outcast" on the world stage for murder. On Friday, he said he did not regret the comment.

Energy and security interests prompted Biden and his aides to decide not to isolate the Persian Gulf oil giant, which has strengthened its ties with Russia and China.