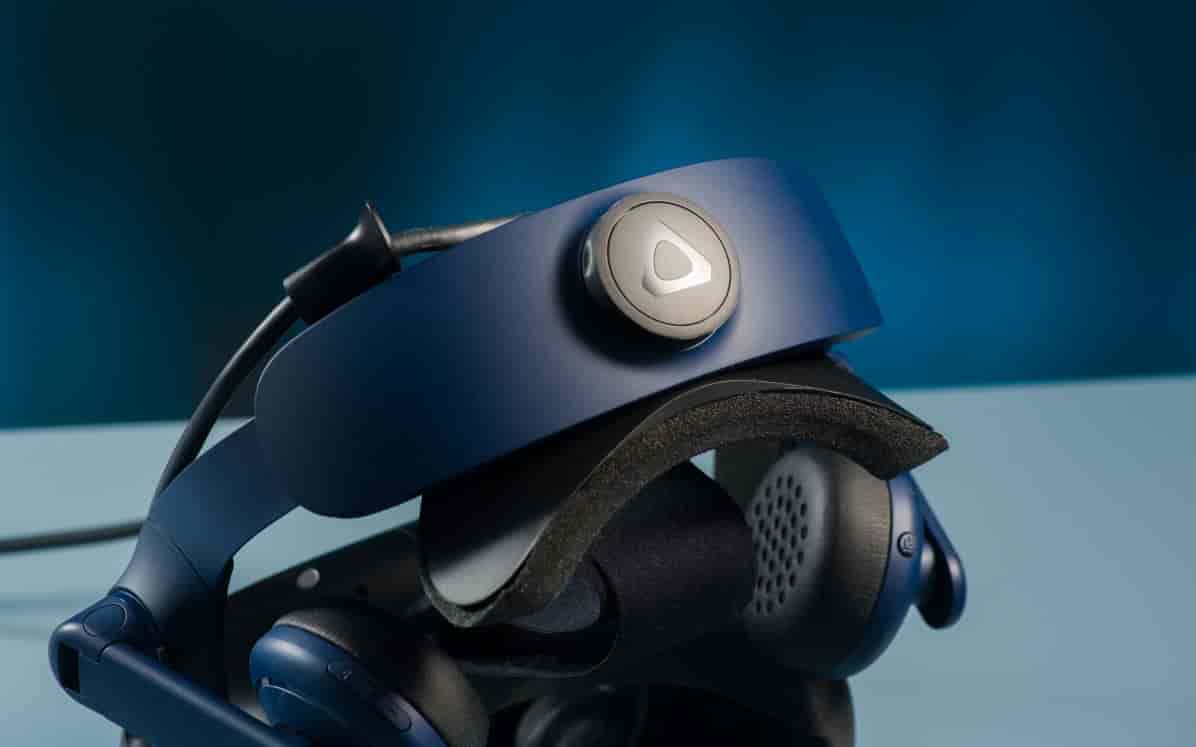 The development of VR is severely limited by the technical characteristics of gadgets — low resolution displays and small viewing angles make the picture not as high-quality as we would like. VIVE Pro 2 can fix this situation. The novelty received the best-in-class stuffing: two displays with a total resolution of 5K, a frequency of 120 Hz and a field of view of 120 degrees. What is a new generation helmet capable of and how does it change the experience of interacting with virtual worlds?

VIVE Pro 2 connects to the computer using a long (5 meters!) cable and adapter Link BOX 2.0. The latter works as a hub. On the one hand, the input from the helmet is connected to it, and on the other — DisplayPort, USB and a power outlet. Everything you need is already included, even an adapter for mini-DisplayPort — it was useful for us to synchronize with a laptop. The VIVY Wireless Adapter branded accessory, which consists of a receiver, a battery and a PCI Express card, allows you to abandon the wires. There are several serious compromises with it: the device costs more than 40,000 rubles and allows you to stream an image in a modest resolution of 2448x1224 with a refresh rate of 90 Hz. 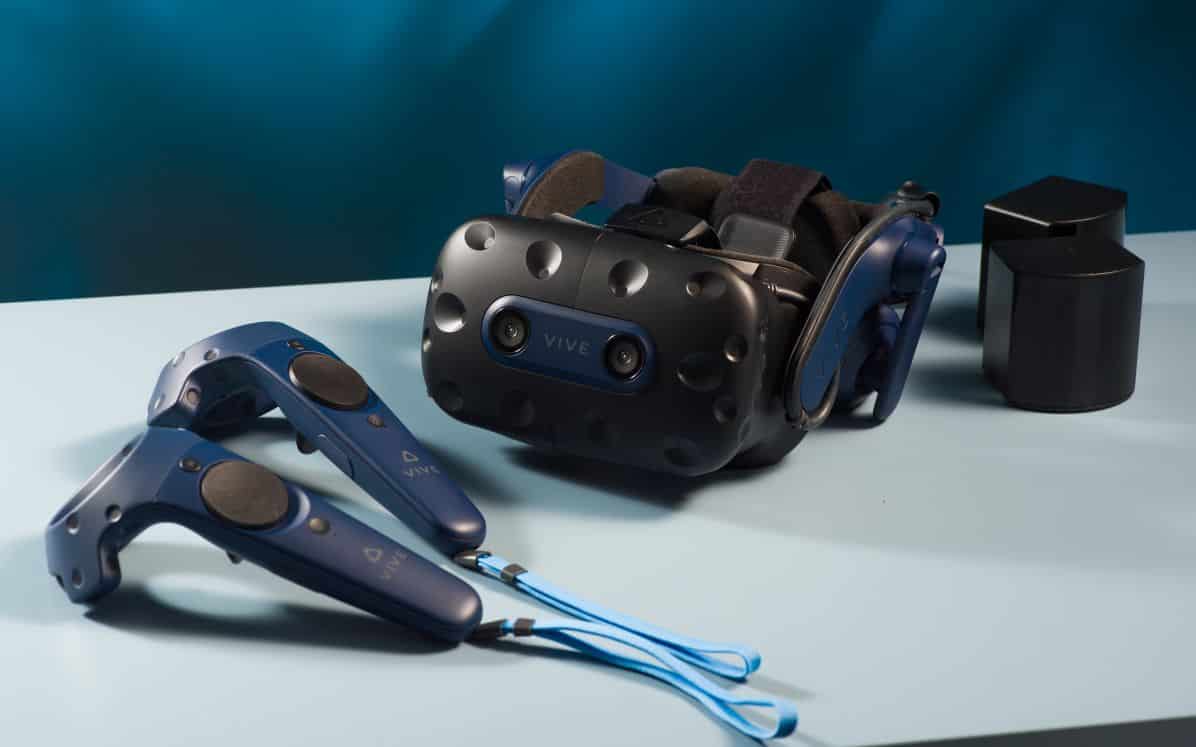 Testing took place on the Acer Predator Helios 500 with a discrete RTX 3080 graphics card and 64 GB of RAM. However, the recommended system requirements are more modest - RTX 20 series graphics, a processor at least five years old and 8 GB of RAM.

Two complete sets of VIVE Pro 2 have gone on sale. The first consists of only one helmet, and the second has a full set of equipment for working with VR: a headset, Base Station 2.0 base stations and controllers. The difference in cost is significant — about 60,000 rubles. Owners of the device of the last generation can save money and take a simpler set — the novelty is compatible with tracking sensors from older models, and any accessories compatible with SteamVR will fit as trackers.

Nuances of connection and configuration

The most difficult thing in setting up the system is to find a free space in the room — you need a platform at least one and a half by two meters, ideally even more, 2 by 3. You also need to figure out how to place the base stations at a height of at least two meters. For example, they can be placed on tripods or placed on bookshelves. The main thing is to put the sensors opposite each other and do not forget about charging sockets — they do not have built-in batteries — you will have to use complete power adapters with a two-meter cable.

The instructions are simple, each item is described in detail in Russian. However, in our case, something went wrong — the laptop did not see the helmet and one of the base stations. The problem was solved only by a complete reset of the VIVE Pro 2 settings. The device was synchronized with the laptop only after reinstalling and downloading additional drivers. Initial setup is a painstaking process. Carefully read the instructions, follow the prompts on the computer screen and VR headset, do everything as indicated — and there will be happiness. Yes, it takes an hour, but it's worth it. It's better this way than to make a blunder, and then adjust the settings ten times and spoil your impressions.

The developers did not radically change the design of the helmet relative to the 2018 model. The massive plastic construction is attached to the head and fixed with a control wheel on the back panel. There is a mechanism for adjusting the interpupillary distance to adjust the focus to the features of the user's vision. On the inside there are pads made of foam material. The landing on the head is reliable, the gadget does not strive to fly off in the most extreme circumstances.

Using the novelty during long gaming sessions is not too convenient — after half an hour of destroying enemies in Super Hot, the tester was literally drenched in sweat. But, firstly, it is still a helmet for creating content in the first place, and there is much less active physical activity. And secondly, for long sessions, even in game models, it is worth buying leatherette pads. At the same time, all the problems with temperatures were solved in the VIVE Focus 3 — VR helmet, presented together with the hero of the review. It is strange that HTC did not adopt the developments from its own device for the corporate segment.

We also decided not to bother with controllers — VIVE 2.0 accessories from 2018 are coming with the novelty. They work quite well, but their ergonomics lags far behind the solutions of Valve and Oculus. Even fresh sticks from VIVE Focus 3 are more convenient in any usage scenarios. Charging takes place using micro-USB, which looks too archaic at the end of 2021.

There are two cameras on the front panel of the helmet — they are needed to see the surrounding space when crossing the boundary of the game space, but with their help you can safely move around the room by pausing the game or application. On the sides there are overhead headphones with adjustable position. You can place the headsets as tightly as possible to the ears for complete isolation or move them a little to be aware of what is happening in the real world. The sound is loud and high-quality, there is a good stereo effect.

The best image in this class

You forget about all the controversial sides of the VIVE Pro 2 when you put a helmet on your head and look into its luxurious screen. The new generation uses two LCD displays with a total resolution of 5K - 2448x2448 pixels for each eye. The viewing angle is 120 degrees and the frequency is 120 Hz. Impressive figures that are fully revealed in modern games and applications.

Thanks to the high end, the vestibular apparatus tolerates sharp throws and transitions better — all movements on the virtual display become smoother and clearer. The classic VR problems have not gone away either: thin concentric circles from Fresnel lenses are noticeable in dark scenes, and there is a slight blur at the edges of the image. However, when immersed in virtual reality, you almost do not pay attention to it.

HTC helmet is designed not only for gamers — it can be used for development, testing and other corporate scenarios. However, the most interesting thing for us was to try the novelty in games. The necessary software is available in the Steam store or in the proprietary Vine port service. In the latter case, you will be able to subscribe to Viveport Infinity, which opens access to a huge number of applications for a small monthly fee.

First of all, we launch Half-Life: Alyx. The game consumes a huge amount of resources. To run in 5K with 120 Hz, the laptop version of the RTX 3080 is not suitable, so the system automatically slightly reduces the size and color of the image. However, the settings do not change too dramatically — the image looks better than on most other helmets that we tested. High-quality LCD display without Pentile allows you to enjoy photorealistic graphics and explore the world in great detail. It can be compared to the feeling when you put 1080p instead of 720p on YouTube — the essence remains the same, but the video is more pleasant to the eyes. The base stations accurately track the position of the controllers, which makes it easy to take various objects and draw markers on the boards.

In Super Hot, there are no difficulties with resolution and frequency — everything is set to the maximum. The game has uncomplicated graphics, but in 5K the picture looks impressive — any shootout turns into a spectacular action movie. Star Wars: Squadrons VR makes you feel like a starfighter pilot — a high refresh rate comes in handy here, because you have to turn your head often - otherwise the opponents will quickly destroy the aircraft. I also liked hacking enemies in Hellblade: Senua's Sacrifice VR. The action looks especially beautiful in a high-resolution virtual space, which reveals a lot of details that are invisible on older models. Subnautica VR, Beat Saber and many other hits look like they have improved graphics.

VIVE Pro 2 takes us one step closer to the future shown in science fiction films. The increased resolution of the LCD panels and the increased exposure make the VR gaming experience more vivid and impressive, and the virtual worlds more detailed. And, let's note again, first of all, this thing is needed for work. HTC's novelty is hardly an ideal gaming device, even though it is compatible with the entire Valve Index ecosystem. The original helmet and controllers are not too convenient to use, and the cost of the kit can scare away even wealthy gamers. However, the direction in which the industry is moving is encouraging. After a long stagnation, interesting models with impressive characteristics finally began to come out. It remains only to wait for the price reduction and the appearance of more useful software.