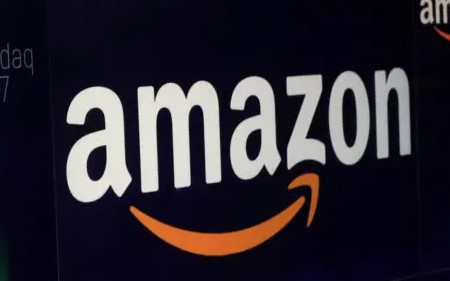 Amazon is one of the largest and one of the most famous companies in the world. Today, buying Amazon shares means investing in more than just e-commerce: the company has diversified widely, and this is just the beginning. Are investors squandering their chance to invest in Amazon in an effort to invest in the e-commerce giants given the company's incredible share price growth since its inception?

In this article, we'll take a look at Amazon, analyze its financials and stock price performance, and try to help you determine if investing in Amazon stock is the right choice for you.

Amazon Stocks (AMZN) - a brief history of the company

Amazon was founded in 1994 by Jeff Bezos, who recently stepped down as CEO. Bezos, who worked on Wall Street at the time, quit because he didn't want to miss out on the internet boom and miss out on opportunities. So, thanks to the investment of his parents in the amount of $ 250,000, Amazon was born, although it was originally called Cadabra Inc.

What started out as an online bookstore in Bezos' garage has grown over the years into an international e-commerce giant selling countless products online and spanning industries including cloud computing, artificial intelligence and streaming. In addition, Amazon has invested in numerous companies and owns over 40 subsidiaries.

In 1997, Amazon went public and held an initial public offering at $18 per share. Amazon's stock price is currently trading at around $3,100.

With such rapid growth over a quarter of a century, could potential investors "miss the train" by not investing in Amazon stock? In the following sections, we will take a closer look at this issue and help you decide whether to invest in Amazon stock.

When considering whether to invest in Amazon or any other company, it is important to break down the underlying factors in detail.
Since 2011, Amazon's total revenue has grown steadily, showing no signs of slowing down. Annual revenue in 2021 increased by 22% to $469.822 billion compared to $386.064 billion in 2020.
Despite Amazon's strong and steadily growing revenue, its bottom line—particularly through 2018—has remained relatively low. This is especially evident during the period from 2012 to 2014, when the combined revenue was about $225 billion, but during the same period, the cumulative loss was $6 billion.

This low bottom line is due to the huge amount of re-investment in the business to drive growth and stay ahead of the competition with Amazon Prime and Amazon Web Services (AWS).

Amazon Prime, a service that delivers many products to consumers within two days, has been known to be the main loss for the company. On average, Amazon users with a Prime subscription buy far more items through Amazon than those without it.

On the contrary, the AWS service has proven to be very popular and profitable for Amazon. The service has developed and grown rapidly since the early 2000s and first became profitable in 2015. Since then, it has generated a significant portion of Amazon's profits, and this portion is currently valued at more than half.

However, the increase in net income between 2018 and 2021 may indicate that Amazon is also beginning to benefit from multi-year investments. Does this mean now is a good time to buy Amazon stock?

In February 2022, Amazon released its fourth quarter results.
Many also wonder "How much does Amazon pay dividends?". Amazon has never paid dividends to its shareholders, meaning Amazon shares are not dividend stocks.

Amazon Stocks: Amazon's Diversification Strategy
If you are familiar with investing, you probably know that portfolio diversification is an important part of risk management. The reason is that if part of your portfolio falls in value, there is a chance that the losses will be offset by your other investments.

Amazon stock is in a long-term uptrend.
In 2018, Amazon's stock price rose from $1,169 to a high of $2,050 in September. This 75% increase was a reflection of investor confidence following Amazon's positive quarterly results. However, in October, the share price began to fall, as did most of the technology companies, and ended the year at around $1,500 per share. Thus, over the year, the shares managed to grow by 28%.

In 2019, Amazon's share price followed the same trajectory as the previous year. A positive start to the year was overshadowed by disappointing results, with net income in the third quarter lower than in the second quarter and the previous year. At the end of the year, the share price rose by 23% to $1,844 per share, behind the S&P500 index, which rose by almost 29% in the same year.
2020 has been an exciting year for Amazon stock. As the Covid-19 virus spread around the world, countries began to close their economies, stock markets fell, as did the price of Amazon shares. However, this did not last long.

Since most of the world's population has been forced to stay at home as much as possible, more and more people have begun to shop online. This has clearly benefited Amazon, as can be clearly seen from the stock price action. After falling to lows around $1,610 a share in March, the price soared 120% to a high of $3,547.60 in August as investors moved into tech stocks to weather the effects of the pandemic.

For much of the fourth quarter of 2021, AMZN stock has been on a downtrend.
January turned out to be a highly volatile month on Wall Street, as uncertainty about future US monetary policy exacerbated tensions in Eastern Europe, hurting US equities. While not purely tech stock, Amazon, like the vast majority of stocks on Wall Street, has lost a lot of value.

However, after the release of the company's results report for the last quarter of last year, which turned out to be very positive, shares of the online trading and cloud computing giant rose 13.5% the next day.

Amazon Stocks: Should You Invest?

First, the current share price is over $3,000, and investing in Amazon is not cheap and therefore not accessible to everyone.

When deciding whether or not to invest in Amazon stock, it is important not only to carefully study as much information as possible about the company, but also to evaluate your own financial situation and whether investing in Amazon is right for you.

Amazon stock has shown incredible growth in its 27 years of existence, and this growth has not always been reflected in its financial performance. But the question that interests all investors is: can stocks continue such growth in the future?

The recent $8.45 billion acquisition of MGM Studios is an example of this and should inspire potential investors to invest in the company's bright future.

It's true that Amazon's recent numbers have been greatly helped by the fallout from the Covid-19 pandemic. However, it is possible that some of the consumer habits formed during the pandemic, such as online shopping, will stay with us long after everyone returns to normal.

In addition to this, Amazon's biggest profit earner, AWS, is a leader in the rapidly growing market for cloud computing services.