The number one choice after Bitcoin: The ethereum blockchain.

Comparatively young crypto currency Ethereum is positioned as the main competitor to Bitcoin. Calculations include not only coin value and capitalization but the potential and prospects for the platform development.

What is Ethereum crypto currency

The Etherium is a platform that has presented new opportunities in the blockchain world. Very often, this crypto currency is called Bitcoin 2.0 and this is justified. Is it worth investing in Etherium in 2018? This is the main question of the person who observed the value growth of the Ethereum crypto currency in 2017. For those who do not know, the cost of one etherium was $8.5 in early 2017 and by the end of the year it increased to about $700. But we will now consider whether Ethereum can repeat this growth in 2018. 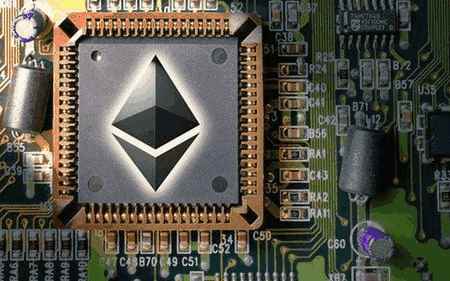 The prospects of bitcoin should be assessed in terms of its network possibilities such as commissions and speed. But the Ethereum crypto currency has a different set of characteristics which it needs to be evaluated by. The future of the Ethereum depends on how fast its competitors develop their technology (such as Cardano) and the startups success already launched on the platform.

But, in comparison with Bitcoin and other altcoins, Ethereum has one advantage. Demand for it is constantly supported thanks to a number of ICOs selling their tokens based on the ERC20 protocol, which can only be purchased for Ethereum. Last year, 2017, was a spree for raising funds through the Initial Coin Offer. Most of the projects that conducted fundraising in 2021 set themselves the goal to launch this year. Accordingly, we will observe increased attention to everything that is based on the Ethereum blockchain.

We can state the fact that the forecasts regarding the cost of etherium crypto currency are several times smaller if compared with Bitcoin. This is good in way since there will be less destructive information falling into our attention but, on the other hand, it becomes more difficult to understand where the price will move. And now, we will try to make a more or less constructive picture and make a forecast of Ethereum for 2022.

If we compare the Bitcoin and Ethereum charts, then we can say that the second one is more similar to a financial instrument because it shows elements of a reasonable and logical movement. The main level of resistance, which does not allow the price to rise, is at $1,200. Therefore, we can state the fact that once this mark is surpassed, we will be able to observe growth at least to a range of $1,400-1,500. But, this may take a long time, at least in March. However, then the cost of one ETH coin might be $2,800-3,000 and after another correction it will drop to $2,000. By the end of 2018, we expect that the price of etherium will be $3,500.

Comparison of Ethereum with Bitcoin

To understand the difference between Bitcoin and Ethereum, both crypto currencies are considered in a simplified version. The original goal of Bitcoin development is the creation of digital money, not subject to banks or states. Many see it as a kind of rebellion against the existing financial system. Transactions with both crypto currencies are carried out on the principles of decentralization, privacy, publicity and open access for all users.

One of the differences between Ethereum and Bitcoin is the sphere of application. That is, Bitcoin is more focused on transactions and payment for services, suitable for business and large-scale investment. Ethereum is designed for conducting business projects, developing apps, concluding transactions and contracts. 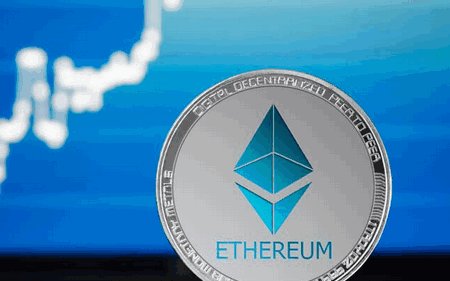 Experts differently determine the similarity, differences and competition between Bitcoin and Ethereum. Many believe that the two crypto currencies develop in different directions and do not overlap with each other. Accordingly, it is not entirely right to consider them as competing.

The specificity of the blockchain and developments its basis opens certain opportunities for implementing projects in any direction. The Ethereum crypto currency is in demand not only for smart contracts but also for user transactions and purchases. Bitcoin also develops in a similar way. Development and adaptation of smart contract technology on the basis of its algorithm creates a platform for expanding crypto currency application. And considering the reliability and relevance, the question of Bitcoin and Ethereum overlap remains open.

As a result, most experts have an opinion that, despite the different initial directions, Ethereum and Bitcoin will become direct competitors to each other in the long run. However, this factor is considered positive as it provides meaningful competition.

This is a kind of application developed on the blockchain basis and an agreement between two parties, the terms of which are pointed out in the code and cannot be violated. The sphere of Ethereum smart contracts application is mainly business projects. However, they are developed for decentralized exchanges, local markets, crowdfunding, games, analytical reviews and other servers.

Ethereum plays the role of a resource, which provides functionality. If a company wants to use the platform to create a smart contract, it starts by buying the currency. So each new project supports the demand for Ethereum. The platform uses its own approach to programming to implement functionality in smart contracts, although many people criticize this aspect for complexity.

Where to buy Ethereum

Ethereum is the second most popular and capitalized crypto currency so you can buy it on almost any exchange and you can use both your own wallets and multi-currency resources for storage. Despite the harsh press and criticism, Ethereum continues to actively develop. The price of crypto currency shows a steady desire for growth, the platform's relevance is supported by numerous partners and investors. Ethereum does not stop there and finds the potential for further expansion. This factor positively affects the opportunities for effective crypto currency investment in the long term.