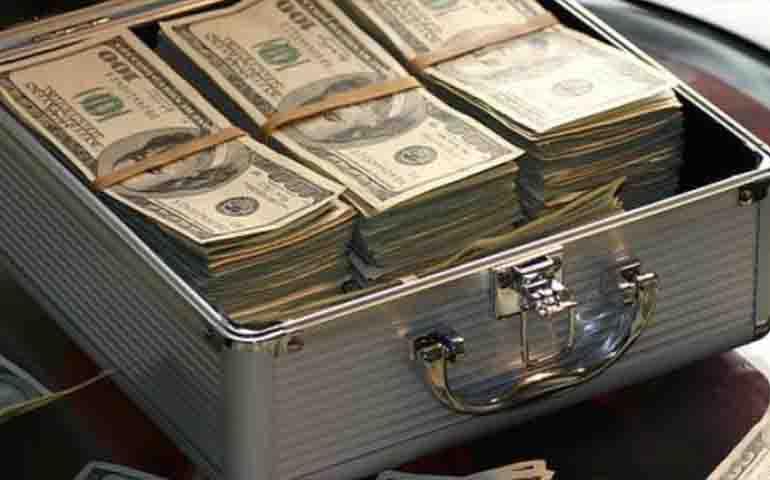 When inflation has turned into a wave that is spreading around the world, and the United States is celebrating its highest level in the last 39 years, rising to a historic 7%, Latin America is also following an upward trend.

The six largest economies in the region have witnessed an increase in the cost of living caused, among other things, by rising energy and food prices, the elimination of bottlenecks in supply chains that move goods from one country to another, rising consumption levels and the recovery of the global economy after almost two years of the pandemic.

With an inflation rate that is more than twice the range that each country considers acceptable, money has less and less value every day.

"Inflation is called the most destructive tax for families, especially in the poorest segments of the population, because some spend more than half of their budget on food," - Jose Luis de la Cruz, director of the Institute for Industrial Development and Economic Growth (IDIC) Mexico.

According to him, since there was an increase in commodity prices in 2020, many countries have benefited from higher incomes, especially in South and Central America.

But over time, "rising prices for goods such as food and energy began to exert inflationary pressure," he adds. "It's paradoxical."

Along with the increase in inflation, there are 3 other trends that affect the course of Latin American economies and, consequently, your personal finances.

One of the most frequently used instruments of central banks to control inflation is an interest rate increase.

When interest rates rise, credit becomes more expensive. This affects companies that need to borrow money to make their investments, governments that need to finance government spending, and also affects people who need loans to buy a house, car, or unexpected expenses.

If interest rates are too high, no one wants to get into debt.

The interest rate in the US remained frozen at almost 0%, and inflation rose to 7%.

What should those who took out loans before the rate increase do? If you have taken out a mortgage debt, for example, with a fixed interest rate, there is no problem.

But if the loan was concluded with a floating rate, then the rate increase will affect your finances.

Since the United States is the largest economy in the world and the dollar is considered the "strongest" currency in the international economy, what happens to interest rates in this country has global implications.

When the Federal Reserve System (Fed, its abbreviation in English), which is an institution equivalent to the central bank of other countries, decides to raise or lower its rate, financial markets react and the global economy shakes.

A few days ago, the agency decided to leave it at a level close to zero, but indicated that it hopes to raise it "in the near future," which analysts interpret will happen in March.

Unlike the United States, in Latin America, most countries raised rates at full speed in 2021, which made the cost of credit more expensive.

" The growth of rates has just begun. Then comes the United States, and then Europe. This will force our countries in Latin America to follow this trend," says Joseph Ramos, professor of economics at the University of Chile, in a dialogue with the BBC. Mundo. .

Chile, for example, recently experienced the largest growth in the last 20 years, reaching 5.5%, the same level as now in Mexico.

Thus, we come to another trend affecting the Latin American economy: the depreciation of the currency against the dollar.

"The exchange rate is one of the most sensitive variables in macroeconomics because it is influenced by both objective and subjective factors," says Eduardo Carbajal, an economist and academic at the Mexican Technological University of Monterrey.

The problem of local currencies against the dollar is that there is still a scenario of uncertainty due to the pandemic, he points out.

With the exception of Venezuela, the most devalued currency in the world was the Argentine peso, second only to the Turkish pound.

In addition, there is a shortage of wood chips used in cars and technological products, plus problems with sea routes for the transportation of products, which leads to a reduction in goods available on the market.

Then, when consumer demand for these products has increased, prices rise.

With such a large demand for the dollar, the price is rising, explains Carbajal, and the local currency is depreciating.

What are the consequences of currency depreciation?

According to economist Jose Luis de la Cruz, the most direct consequence is an increase in the prices of imported goods, which ultimately works as a feedback to the inflationary spiral.

"The depreciation of the currency in a few months may become a new element that spurs inflation, creating a very vicious circle," he notes.

Looking ahead, it may turn out that the depreciation scenario is temporary.

There will come a time when, after high demand and accumulation of dollars from investors and large companies, they will start spending them, Carbajal points out, a phenomenon that was observed earlier this year.

With some exceptions, the countries of the region will face a "slowdown in economic growth", as stated by various international organizations and the governments themselves.

The International Monetary Fund, the IMF, predicts that Latin America will grow by only 2.4% this year, while the global estimate will reduce growth to 4.4%, which will largely affect the slowdown in the world's two largest economies: the United States and China. .

The IMF forecasts growth in Latin America of just 2.4% this year.

And in the future, the lower indicators of the two largest economies, Brazil and Mexico, create a less favorable picture for the region.

"What we are likely to see in Latin America is the processes of stagflation, that is, high inflation and low growth," says Jose Luis de la Cruz.

In this context, he adds, the growth of informal employment and poverty is of concern.

According to estimates, this year the region will not be able to return to the path of economic and social development.